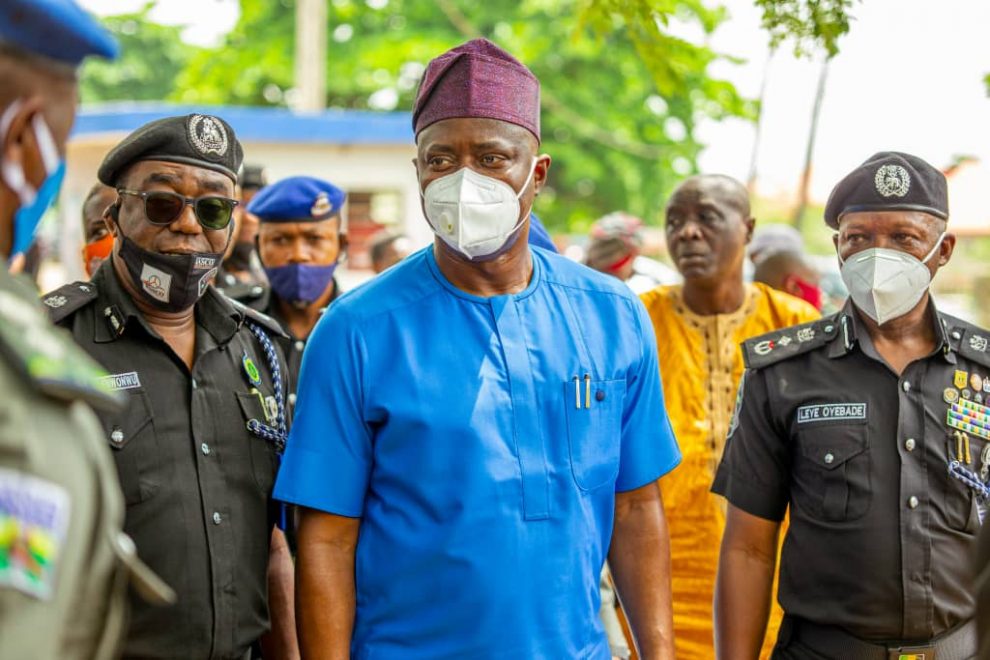 In a bid to strengthen the weakening security architecture of Oyo state, governor Seyi Makinde has disclosed his intention to station interior security checkpoints between 6 to 10 kilometers of the state roads, especially roads that link the state capital to other geopolitical zones and other parts of the country.

Oyo Affairs correspondent also gathered that Governor Seyi Makinde, during a dinner in Saki also disclosed that he will begin the payment of 13th-month salary to Civil servants next week.

Governor Makinde who went on an inspection tour of the ongoing Rehabilitation of Oyo State Agribusiness Development Agency (OYSADA) Headquarters in Saki, and rehabilitation of the proposed Saki infectious disease center as well as the Saki Township Stadium, on Friday affirmed the need for stronger security in the state.

According to the governor, adequate security checkpoints on roads that connect the state to other parts of the country will assist in addressing insecurity challenges in the pacesetter state.

While giving his remarks on the projects inspected, Governor Makinde expressed dissatisfaction at the slow pace of work at the OYSADA Headquarters in Saki which is supposed to have been completed and handed over to the government on December 10, 2020, but is yet to be completed.

He, however, gave additional two months to the contractor in charge of the rehabilitation to complete the project, with the claim that he will re-inspect the project in March 2021.