The Oyo State Governor, Engineer Seyi Makinde has stated that there is a conscious effort to build formidable and effective fire prevention and fire fighting outfit in the state.

Makinde, who was represented by his Deputy, Engineer Rauf Olaniyan at the commissioning of two (2) fire fighting trucks for the use of the Federal Fire Service in the state disclosed that security is one of the cardinal points of his administration and is in line with the agenda for Oyo State.

Governor Seyi Makinde stated that the trucks were deployed to complement the State Government’s fire fighting and preventive efforts. He disclosed that the State Fire Services was recently upgraded to an Agency and that action is at advance stage to procure five (5) state of the art fire fighting trucks.

Makinde expressed his appreciation to the Federal Government and the Honourable Minister of interior, Ogbenl Rauf Aregbesola for deploying the two (2) state of the art Fire fighting trucks to Oyo State asserting that it will go a long way in reducing losses through fire disasters in the state. 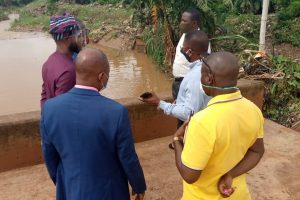