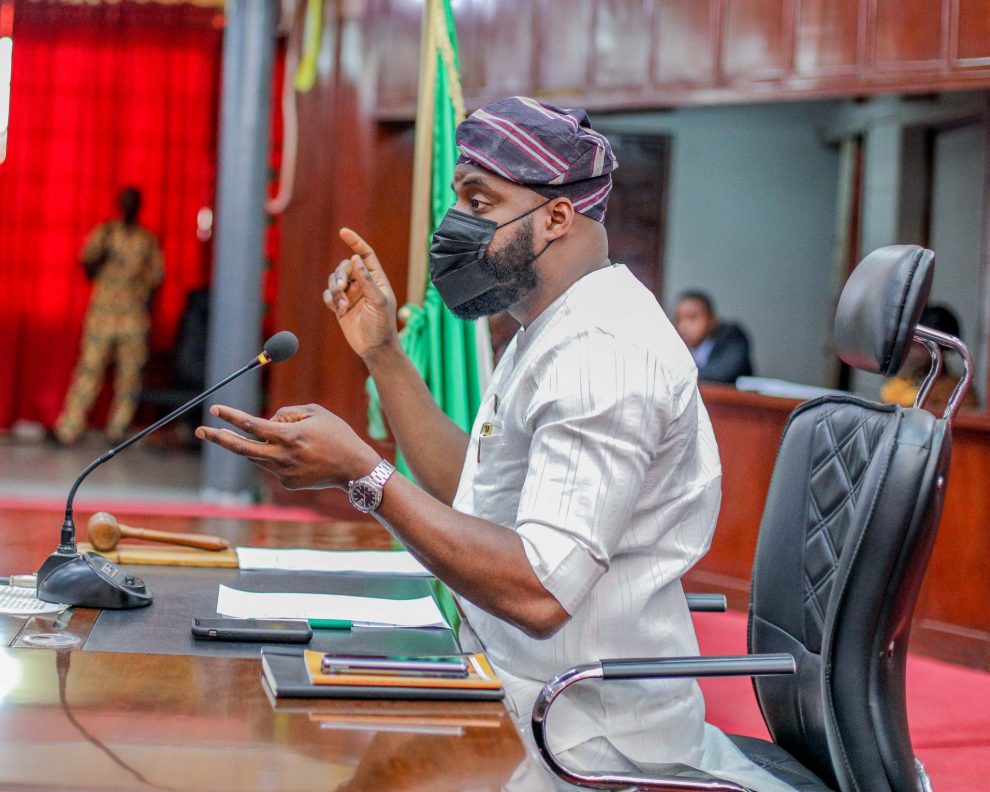 In a bid to support the Seyi Makinde-led administration, the Oyo state house of Assembly has expressed solidarity with the governor and stated that the state has, since the inception of Makinde’s administration, enjoyed the dividends of democracy.

The Deputy Speaker of the Oyo State of Assembly, Honourable Abiodun Muhammed Fadeyi, during a plenary of the house, reaffirmed the unflinching support of the house for Governor Seyi Makinde.

According to honourable Fadeyi, who represents Ona-Ara constituency, the house’s vote of confidence was informed by the visible success of the present administration in the state which has culminated in improved living conditions for the people of Oyo state. He also revealed that negating such progressive policies will be tantamount to hating the citizenry.

In his words: “We need to reaffirm a vote of confidence on the state Governor, a visionary and passionate leader; his Excellency Governor Seyi Makinde.”

“We all know the admiration and unfolding glorification of the victory of governor Seyi Makinde at the general election in April 2019. This victory has witnessed many unprecedented achievements recorded by his Excellency within two years of his administration.”

“His excellency, being a visionary and proactive leader is steering the ship of Oyo state with candour, humility, rare intelligence, dedication and respect for all. He has deployed his wealth of experience and expertise as a private entrepreneur in piloting the affairs of the pacesetter state peacefully.”

“Thus, he’s been able to lay a good legacy of stability with treasured and unflinching values that have transformed the leadership between the legislature and other arms of government and impacted the lives of the people of Oyo state.”

Honourable Fadeyi listed the works of the present administration in the state and said that governor Makinde has developed all Oyo state sectors.

“These pillars have been vigorously pursued since the inception of the PDP-led government in the state under the leadership of a promising and fulfilled governor.”

“It is on record that the first half of his Excellency’s administration was the effective management of state resources in order to achieve sustainable development.”

“The legal framework put in work to safeguard the resources of Oyo state was the passage of the Oyo state anti-corruption agency law of 2019 which is the first of its kind in the History of Successful Governance in Oyo state.”


“The membership of the agency has been constituted and work has vigorously started by the agency. It is a known fact, especially in philosophical parlance, that change is inevitable in life. Against this background, his Excellency took steps to streamline and restructure the public service for effective service delivery with the prompt payment of salary to serving workers on the 25 of every month tagged ‘GSM bits’.”


He praised the governor for his prompt payment of salaries of civil servants, as well as the pensions and gratuities of pensioners. This, he said, has improved the standard of living of Oyo State residents.


“The pensioners are not left behind with the payment of pension and gratuity due to them by the present administration. No wonder, people address his Excellency as God Sent Man (GSM). He also paid the backlog of the arrears of pensions and gratuities.”


“All the efforts of the governor on civil and public servants and pensioners in the state culminated in the improved standard of living of an average person in the state because of the economic impact of prompt salary payment on the state economy.”


He rounded up his speech by stating that the limits of the motion could not be used to extol all the governor’s deeds and expressed how proud the house and all Oyo state residents are of Governor Seyi Makinde.


“Note, conclusively, that the List of the achievements of our visionary and result-oriented governor cannot be exhausted within the limits of this motion. We, therefore, resolve that this house do affirm our unreserved votes so to say; Mr Governor, sir, we are proud of you for all that you have done”


“…that the executive governor of Oyo state, in the belief that this will spur him to greater achievements in the remaining two years in office of his administration. For more government service delivery and upliftment of our people and the state at large,” the deputy speaker concluded. 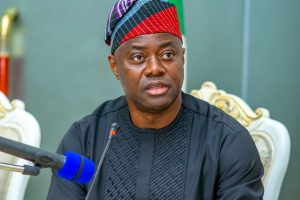