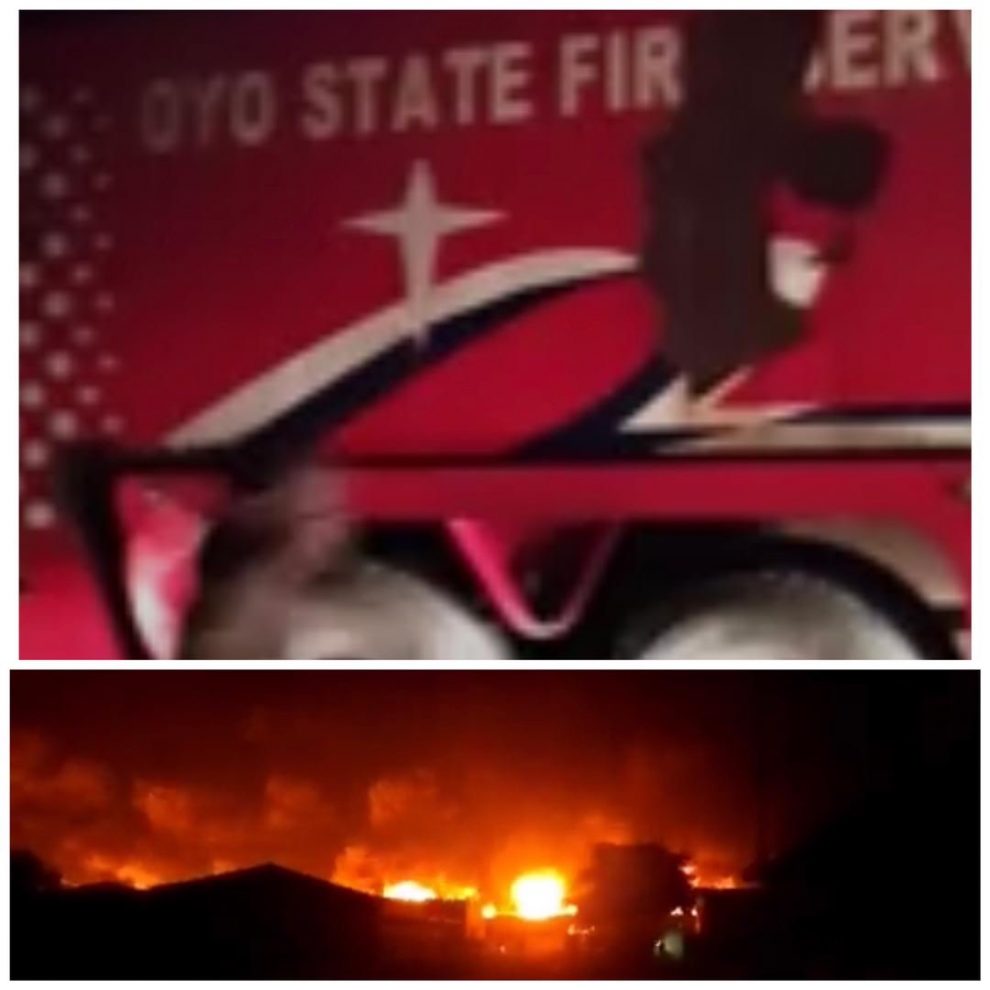 Men of the Oyo State Fire Service have successfully put out the fiercely burning fire from a tanker explosion, along Agodi, NTA Road.

Eyewitness report says the tanker went up in flames after falling not far from Operation Burst building, along NTA shopping complex, burning surrounding trees and two cars that followed it in the process.

However, no life has been reported lost to the incident as at press time. There was commotion at the scene as many couldn’t ply the road until the fire men gained control over the situation.

A live coverage of the efforts of the Oyo State Fire Service on Oriyomi Hamzat’s page, shows that the situation has been managed with the support of the shop owners, traders and road users present at the scene of the incident.