For any credible information, the source is expected to be proven and identified, the messenger must be known and unearthed, but when it comes to media space, these qualities are not favourite recipe before words are cooked and consumed. In what we know today, the story of Akueme in the terminal part of village in Owerri will get to Huston in London under a clock of an heartbeat.

The mechanism at which messages travel round the world is just; cut, paste and forward. So, for all it favours, the stress of communication is lessen, the blackmail is simple, the ranting is popular and the hailing is common.

Wait, are you still not getting my allegoric expression? I’m saying, today, media can make white to become black, without a bucket of paint, it can turn water to wine without biblical miracles and a desert can become an animal farm, without vegetation. But, would there be a problem if the these are illicit in making and taking? No, it always leaves to see the global market. Wahala!

Like have said, hailing and wailing are two composite daily activities on media space among Nigerians, commonly among lovers and fans of politicians. The choice of words and expression would easily reveal the true intention of why the thread of topic is established, sometimes to hail, praise and do otherwise. The tune is always decided by those that paid for the pipers.

Those that know how AC (Action Congress) in 2011 became APC in 2015 wouldn’t be crossed when they’re being called out on this subject matter. APC through their media-men, made Nigerians look stupid for electing the Jonathan of Otueke. They named him a ‘clueless’ and drunkard leader. They know, the talk travels a mile faster than the walk. Infact, their capital letter P is for ‘propaganda’.

They succeeded in their way, they forced us to choose their choice, Nigerian lost a mannered democrat, simple and accessible leader to the lust of chasing clout. But, today, Jonathan is a celebrated world leader, when we certainly lost our golden asset to the pool of hate, blackmail and bitterness.

In Oyo state today, their descendant propagandists are back into their famous business, their garb is not yet torn, they’re back into the act. Slandering, blackmailing and maligning is their daily routine. They have false news to sell and those to spread it, just in a bid to pacify their shattered feelings for being conspicuously rejected by the people of Oyo state.

Their men are recruited across the zones in the state, making their job easier to run. They have a coordinated loop for plans and strategies. Their leaders are also the ones leading the campaign of calumny. They go on radio and tv to talk ill of the good work and relative good governance Oyo state is enjoying under the leadership of GSM.

‘Baba Oni-Pakute’ and his fellow detractors are still finding it difficult to admit their failure in peace, they’re still suffering from the dissident that stormed their party and blew them apart. They’re in the race to blacken the glowing star of Omi-Titun. They forget that, the voice of people is that of God.

They have numbers of indigenous fake bloggers they pay handsomely to be peddling rumours and fabricated news, they shall soon be revealed, and their cover-ups shall be unearthed.
Let me call your attention to one of their recent show of shame. Do you remember there was an infographics that contained Oyo state COVID-19 cases report? I mean, the one that contained ‘absconded’ column, yes! It bears ‘6st’ instead of ‘6th’. Those that encountered that flyer didn’t bother to know the source, the blame was all on the state government. They have those to sell and those to spread the lie. GSM was their target of insult and defamation, but it eventually ended in tears for them, they were exposed.

But, as for the government of the day in the state, there’s high need to be more vigilant and the conscious of these media plots. The former SA Digital Media ‘Adigun Ibadan’ was a victim of their trap, those that started his show are still in contact with their counterparts in the neighboring states. They call on them when they need their hands. 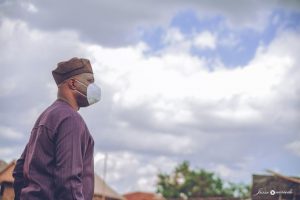 Ghost Workers Racketeering in Oyo State: A Call for Investigation by Lati Abayomi 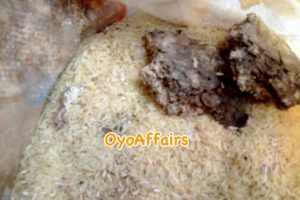 Healthcare System in Oyo State after COVID-19 By Oluwatayo Opeyemi
Seyi Makinde: When will the Opposition Stop with the Overreach? By Funke Oladayo
Comment

Seyi Makinde: When will the Opposition Stop with the Overreach? By Funke Oladayo

Ghost Workers Racketeering in Oyo State: A Call for Investigation by Lati Abayomi