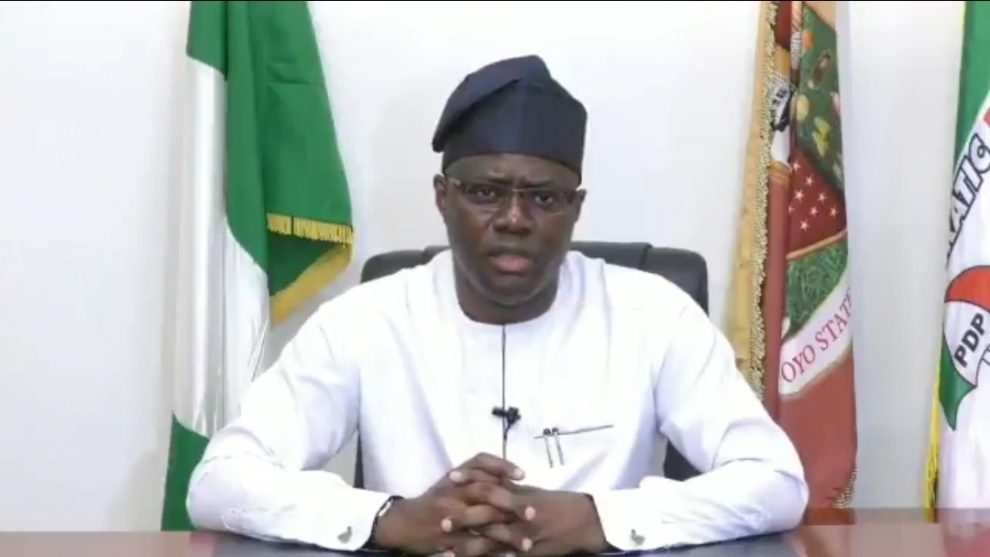 Oyo State Governor Seyi Makinde has directed the Nigerian Police Force to take back seat and allowed other security operatives to take front line in securing the lives of protesters of issues across the state.
Governor Makinde made this known during special  broadcast on the protest against police harassment,brutality and activities of Special Antirobbery Squard SARS across the country.

The on going protest against the police harrasment and brutality coupled with activities of Special Antirobbery Squard SARS across the state necessited the Broadcast of the Oyo state Governor Seyi Makinde to address the people of the state.

The Governor who is the Chief Security Officer of Oyo state,has ordered Nigerian Police Force to step aside and allow other security operatives to secure the lives of protesters as jointly agreed during the state emergency security council meeting.

According to Governor Seyi Makinde the security of lives and property in the state will continue to be his utmost priority and give necessary support to all security agencies in the state.
The Governor also urged the protesters to demonstrate their prostest peacefully adding that the situation in the country is a trying time for all.
The Number one citizen of Oyo state enjoined the people of Oyo state to go about their lawful business as Government has take proactive steps to curtail any activities that capable of disturbing the peace and progress of the state.