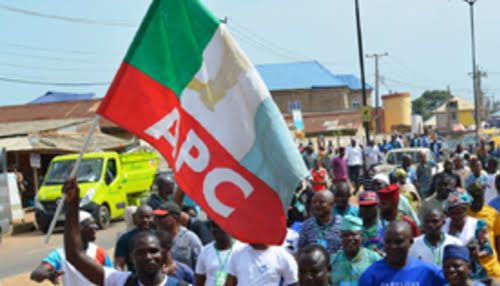 The lingering crisis rocking the Oyo State chapter of the All Progressives Congress (APC) is yet to be over as major groups in the party in the state have rejected the zoning committee set up by the Elders’ Advisory Committee.

The zoning committee was set up by the Oyo APC Elders’ Advisory Committee, led by former Governor Adebayo Alao-Akala, to zone party offices ahead of the state congress of the party, slated for October 16.

At least, five groups in the main opposition party in the state have rejected the zoning arrangement led by former governor Adebayo Alao Akala alleging that it was schemed in favour a governorship aspirant, Senator Teslim Folarin.

The groups are the Unity Forum, the Zenith Labour Party (ZLP), the Bayo Adelabu Group, Joseph Tegbe Group, forming the bulk of the Ajimobi Legacy Forum and the Niyi Akintola Group.

The groups held a four-hour meeting in Ibadan, mid-week, to deliberate on the issues generated by constitution of the zoning committee by the Alao-Akala-led elders’ committee.

In a communique, released at the end of their meeting, the groups declared that the constitution of a zoning committee is alien to the Constitution and practice of the APC.

The representatives of the groups, in the communique released by Alhaji Abu Gbadamosi, who presided over the meeting, further resolved that:

“The so-called Elders Advisory Committee is itself illegal because it is unknown to the constitution of the party. Moreso, the attempt by stakeholders of the party to establish one on 20 September, 2020 ended in a stalemate.

“The constitution of the zoning committee was undertaken without due consultation with critical stakeholders in the party.

“The path to a rancour-free state congress in the state is the truthful, honest and sincere engagement of critical stakeholders without a clandestine design to foist any group or candidate on the party.”

The groups called on party leaders to brace up in their leadership positions and to exhibit unalloyed loyalty and commitment to the party under the leadership of President Muhammadu Buhari.