The convicted were charged by the Economic and Financial Crimes Commission, EFCC Ibadan zonal office, before Justice Patricia Ajoku who made the ruling on Wednesday.

Justice Ajoku found Folarin, who claims to be a 27-year-old Higher National Diploma student of The Ibadan Polytechnic, and Ogunseye who claims to be a student of Federal University of Agriculture, Abeokuta both guilty of a separate amended single count of impersonation, an offence contrary to section 22(2)(b)(i) and punishable under section 22(2)(b) of the Cybercrime (Prohibition, Prevention, etc) Act.

They, however, pleaded guilty to the charges, and while Folarin was sentenced to six months, Dike got seven months custodial sentence. 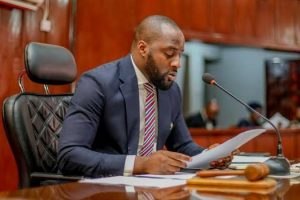