The actor who was popular in the 80s and 90s together with the likes of Fadeyi Oloro, Orisabunmi and the twin ‘iwin’ of ‘Owo o to ri’ and ‘toromagbe’ will be remembered for his contributions to Yoruba Culture and TV series contents even before the advent of home videos and cinemas.

Aliu was said to have died at the Ekiti State Teaching Hospital, Ado-Ekiti, Ekiti State capital on Thursday, aged 86.

According to his close associate, the body of the deceased would be moved to his residence at Adebayo area in Ado-Ekiti before being taken to his hometown, Okemesi Ekiti in Ekiti West Local Government Area of the state, where he would be buried on Friday.

Aliu was producing the first of his five-movies project, Olowo Ite, before his demise. The movies were expected to feature top Nollywood actors

May his soul Rest In Peace. 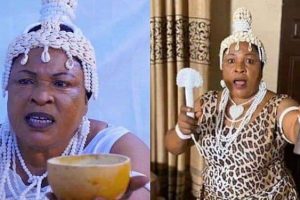 Winning Had Nothing To Do With My Lineage, Alaafin’s Daughter Revealed