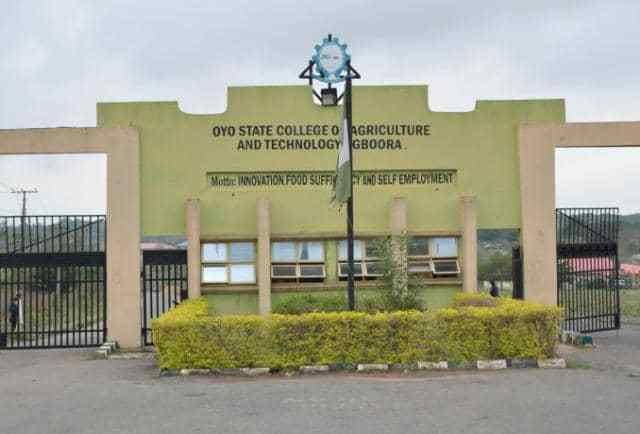 
The management of the Oyo State College of Agriculture and Technology (OYSCATECH), Igboora, Oyo State has dismissed reports that the school was shut after protest by students.

According to a release by the acting registrar of the institution, Mr. Paul Oyediran, through the Public Relations officer of the Institution, Opeyemi Olawore, and was made available to journalists earlier today, the management pledges its untiring effort to students’ welfare, sound teaching and training of the youths towards innovation, food sufficiency and self- employment.

The management stressed that the welfare of the students have never been handled with levity, and therefore called for patience on the part of the students, while urging the students Union Leadership to present its agitations.

The release also appeals to online media to always verify their news before reporting them as expected of professional and ethical journalism practise.

The management however expressed surprise at the hasty decision of the Students Union Government of the institution to disrupt academic activities without first presenting its agitations to her.

It would be recalled that the Students Union president, Comrade Salahudeen Hameed Olasunkanmi had earlier spoken with the Acting Registrar of the institution with a claim that their protest was aimed at drawing the attention of stakeholders to the poor funding of education.

But the Management has maintained she had never neglected the needs of Students and other materials that would make the stay of students on campus an enjoyable one.
READ  Sasha Crisis; Handiwork of Nigeria’s Enemy – Gov Makinde

The management said it (the school) poised a state of the art facilities for teaching and learning, andwhile some are due for upgrades, efforts are underway to fix such.

JUST IN: Makinde Approves Upgrade of Emmanuel Alayande College Of Education To University