I read with a mixture of concern and amusement Adebiyi Adebayo’s published opinion on the crisis in Oyo State and the response of Governor Seyi Makinde. Amusement because it was full of factually incorrect claims; concern because these claims, if they become the accepted version of events, may result in an escalation of the current crisis even beyond the borders of Oyo State.

I will try to address each and every incorrect claim Mr. Adebayo made, and leave the reader to be the judge of his conclusion that Governor Makinde has abandoned the people he took an oath to serve.

The first of these claims is that Governor Makinde has abandoned his “populist tilt and now cuts the semblance of an unconcerned leader”. The Governor is anything but a populist. During the 2019 governorship debates of what was a very close election, when asked about the minimum wage; Governor Makinde, while acknowledging that this might cost him votes, said he would not commit to paying the minimum wage as he did not believe Oyo State’s finances could currently bear the burden. Organised Labour was enraged, but Governor Makinde said he would not mouth populist lines he had no intention or ability to honour.

The second claim is that because the security and welfare of the people is the primary responsibility of the government, as enshrined in section 14(2)(b) of Nigeria’s Constitution 1999 (as amended), when government fails to discharge this duty, citizens can defend themselves. The foundation of Mr. Adebayo’s argument here is correct; but his projection that this situation is the reality in Oyo State because Governor Makinde is doing nothing is pure fiction.


I will take the time to outline two relevant interventions, both in the public domain, that Governor Makinde has introduced since he became governor of Oyo State 20 months ago. It must be noted that while governors might be labelled as Chief Security Officers of their respective states, they do not control any of the federal security forces. Barely one month after assuming office, Governor Makinde convened a security meeting with his fellow south west governors, where they agreed to create a regional security architecture controlled by the states, and not the Federal Government. This was how Amotekun was born.

In 2019, Oyo State passed the law against open grazing; and in November 2020, the Oyo Amotekun Corps became operational. But even this faced opposition from the Federal Government, and the Corps is yet to be granted a license to bear arms by a hostile Federal Government.

Back to Mr Adebayo’s article. Governor Makinde’s offence, according to Mr Adebayo, is that he sided with ‘foreigners’ against his people and against Mr Sunday Adeyemo aka Sunday Igboho. This is one of the greatest flaws in Mr Adebayo’s argument. Governor Makinde is not governor of just the Yorubas in Oyo State, but of every legal resident in the state; and this includes residents who are Igbo, Hausa, Edo, Fulani, Ijaw or Nupe. It is unfortunate that Mr Adebayo would subscribe to this sort of ethnic exclusivism, as one of Nigeria’s problems today is this preferential application of protection and privileges. The second flaw in Mr Adebayo’s argument is the covert, dangerous ethnic dog whistle that somehow, all Fulanis are criminals. The demonization of the enemy is a weapon of war and genocide: (i) Language is used to portray the ‘Other” (and the ‘Other’s’ lifestyle) as inherently evil and destructive. (ii) The conflict is framed as an existential struggle between good vs. evil; and anything but blind support means you are supporting evil. (iii) The state endorses this demonization, and with it the use of extra-judicial methods to purge the land of evil.


Governor Makinde’s refusal to officially endorse the demonization of all ethnic Fulanis in his public address on the 21st of January, saved countless Fulani lives and averted a bloody conflict that would have been waged in Oyo State, and would have resulted in death and damage to the people of Oyo State. He also very clearly signalled to the people of Oyo State that he positioned the rule of law above an illegal quit notice given by a man with no such powers.

Governor Makinde has repeatedly called for restructuring, and the creation of state police, in light of the historical and current failure of a central police system to provide security for his state and protection for his people. It is curious then that the writer would ignore this failure, and President Muhammadu Buhari, the man responsible for this failure, and instead focus on Governor Makinde and his three-month old Oyo Amotekun Corps. Not only has Amotekun been actively engaged in apprehending criminal herders, on the 9th of January 2021 (about 2 weeks before Sunday Igboho’s inciting statements), the Oyo Amotekun Corps launched a series of coordinated raids across four LGAs on the hideouts of criminal herdsmen. One of these raids, incidentally in Ibarapa, resulted in the death of three armed herdsmen at the hands of Amotekun operatives.

And I call Sunday Igboho’s ultimatum an inciting one, deliberately and with all sense of responsibility, to illustrate how un-guarded words can lead to chaos and even more insecurity. In the immediate aftermath of his rally in Ibarapa, the home of the Seriki Fulani was torched and the traditional ruler exiled to Kwara State. That is a glimpse into the future of the Oyo State Mr Adebayo would like to have us applaud; a chaotic world where a private warlord issues threats to private citizens and enforces them with the extra-judicial justice of the jungle.

Finally, Mr Adebiyi Adebayo claimed that Governor Makinde’s condemnation of Sunday Igboho’s illegal quit notice was down to local politics. I do believe local politics is at play, but I see it in the recent attempts to discredit the Oyo Amotekun Corps, and in opinions like Mr Adebayo’s that seek to paint the governor’s determination to maintain law and order as evidence that he is a Fulani apologist. While I am not a mind-reader, I can point the reader to a quote from Governor Makinde’s 2019 inaugural speech, in which he said

“…I will be the people’s governor. I will run an all-inclusive government for the benefit of everyone in our dear state regardless of their tribe, religion, social class or political affiliations. When the need arises, we will consult our predecessors and draw on their experiences. We will put aside partisan politics for the good of our state.”

Governance is not a popularity contest. Sometimes, it involves taking hard, difficult and politically costly decisions to protect the people you swore to serve. Governor Makinde has met with leaders and members of the affected communities; has promised to compensate citizens wo have suffered losses; has deployed 200 additional Amotekun operatives to the affected areas; and most importantly is dialoguing with the Federal Government to get the full support of the security forces in the state. Readers should realise that an opinion that promotes a populist but illegal, unconstitutional, unenforceable quit notice over pragmatic and sustainable steps intended to ensure sustainable peace, is a dangerous one. The good people of Oyo State have a governor who appears to be committed to establishing institutions and processes that will guarantee the end of this seemingly intractable conflict between farmers and herders, and tackle criminality regardless of the ethnicity of the criminals.

General Douglas MacArthur is reported to have once said, “a true leader has the confidence to stand alone, and the courage to make tough decisions.” I invite Mr Adebiyi Adebayo to consider this quote, and perhaps revisit the arguments he made in his article, now that he has been provided with context and information.

READ  Editorial: Seyi Makinde, Sunday Igboho and the Valley in Between 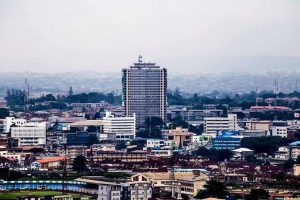