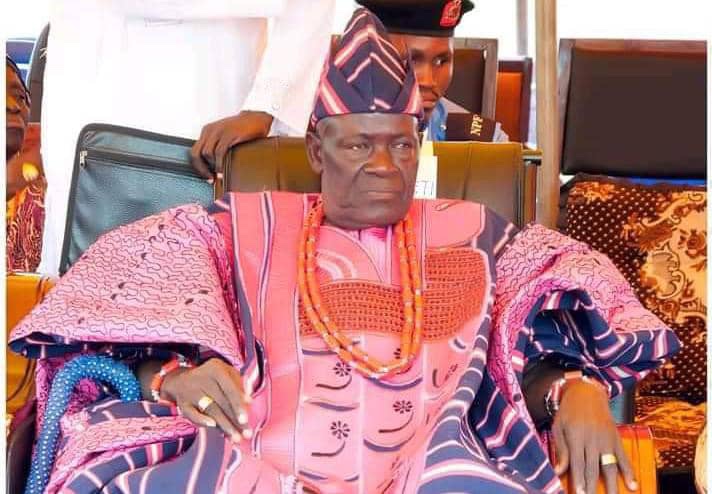 The death of the foremost Yoruba monarch was announced by the paramount ruler of the Oyo kingdom; the Alaafin of Oyo; Oba Lamidi Olayiwola Adeyemi 111 .

The Prominent monarch died at the age of 77 after spending 17 years on the throne of his fathers.

Alaafin expressed his condolences to the family and the entire igbeti community, and prayed that God grant him eternal rest.

In the same vein, the Oyo State Commissioner for Environment and Natural Resources, Hon. Abiodun Oni, extended his grief on HRH’s demise.

He said, “We received with absolute shock and sadness the news of HRH, Oba Emmanuel Oyekan Oyebisi, Afasegbejo III, the Onigbeti of Igbeti Land, after 17 years on the throne.

“Oba Emmanuel Oyekan Oyebisi’s depth of knowledge, wisdom, and royal candour were epochal and defining of a King who loved his people,” he said.

On the passing of the monarch, the Commissioner expressed his heartfelt sympathies to the late Onigbeti’s family, friends, allies, and subjects, as well as the people of Olorunsogo local government.

He subsequently urged the Onigbeti’s family, friends, acquaintances, and subjects to take solace in the fact that the deceased King had a full life and left excellent legacies for his successors to build on.

He prayed for the royal family and the rest of us, his subjects, to have the strength to suffer the loss of the Oba (ti o wo’aja), who has gone to live with his ancestors, and for peace to reign in Igbeti to remain.

According to the family, funeral arrangements for the monarch would be announced in due course.