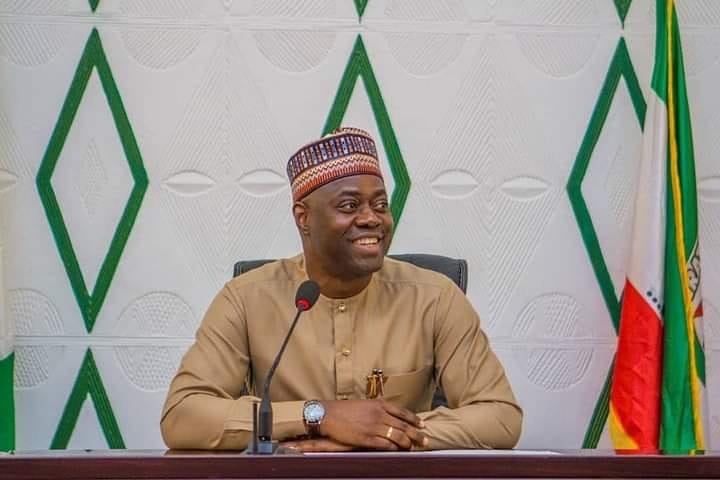 Hip-hop sensation and son of Ede-born billionaire, David Adeleke popularly known as Davido, sent music lovers into a frenzy months ago when he released his hit single with the title ‘Fem.’

But while the ‘Fem’ most of us were used to was a warning to stop being noisy in classrooms, Davido’s version was a ‘shut-up’ salvo to haters, detractors and unwarranted critics. Like Davido, one cannot but fire such salvos to some noisome busy-bodies and deceitful democrats in Oyo State, who suddenly want to be seen as mouthpieces of the populace they don’t represent.

These are the individuals who were part of the destruction of the State by their ‘fathers’ and mentors and who in eight years, supported the dehumanization of the residents and indigenes of Oyo State through mindless governance and avarice. These same individuals have now woken up to a sworn desire to distract Governor Seyi Makinde from rebuilding and repositioning the State for greatness.

For those not conversant with Oyo State, the last two years of Governor Makinde at the helms of affairs as governor of the State have been eventful and epochal, with landmark policies and projects aimed at revitalising the education sector, rejuvenating the economy and ensuring a general turnaround in the fortune of the State.

These interventions, cutting across the four service point agenda of the governor, can be seen in the education sector, health sector, security sector and the economy, which encompasses agribusiness, infrastructure, investment and energy. With the governor’s avowed commitment to taking the State from poverty to prosperity, the administration had immediately embarked on an unprecedented infrastructure development drive, which has since turned Oyo State into one huge construction site.

For instance, it is of note that the Makinde administration had to revoke and re-award the contract for the Moniya-Iseyin Road in 2019, just shortly after assuming office. It is on record that the administration of the late Senator Abiola Ajimobi had awarded the contract to a contractor, who after getting a princely N2billion of Oyo State’s money, could not boast of three kilometres of drainage construction let alone the tarring of the road in about two years.

Today, exactly 18 months after the 65-kilometre road was re-awarded, the Makinde administration can proudly present to the world the longest single road construction project by any government in the state since the beginning of the Fourth Republic. This project, described by Engineering experts as solid and of high quality, was delivered despite the year-long COVID-19 pandemic that affected the resources of all states of the federation.

The reconstructed Akesan Market Phase 1 and the ongoing Phase 2, the completed Light-up Oyo phase I, and the ongoing Light-Up Oyo State phase II project, which is expected to cover over 200 kilometres of roads across the state are other visible efforts of Governor Makinde administration in reducing the infrastructure deficit of the State.

For the governor, infrastructural development is considered quite paramount, as he has committed himself to using it to target and rejuvenate the economy of Oyo State, a commitment that is already yielding positive results as evident in the continuing growth of the State’s IGR. From about N1.6 Billion in May 2019, the Makinde government grew the State’s IGR by as much as 42 per cent in 2020 and this was achieved without increasing the tax burden on the people despite the COVID-19 pandemic.

Outside infrastructure, the efforts of the Makinde in transforming the health sector has been unprecedented. Today, no one can claim not to see the ongoing upgrade and reconstruction of Primary Health Care Centres in all local governments of the state. In a bold and bullish move, the Makinde administration is building and equipping 351 Primary Health Care Centres across the 351 electoral Wards of the state. A number has already been delivered.

Though opposition elements, who have deliberately blinded themselves and are unwilling to accept the failure of their eight-year misrule, have started claiming that the government has ‘nothing to commission for the second anniversary,’ no upright individual living in Oyo State can hold such a view. Maybe they are shocked that the government is not quick to commission such laudable projects in its determination to ensure the finite details of the contracts are executed to the letter.

However, no upright resident of the Oyo state community will fault Governor Makinde for not ‘commissioning’ projects, when over 300 PHCs are being renovated in one fell swoop. Of course, no upright individual can fault Makinde’s strides in the health sector where today, the State has world-class facilities including the Olodo Infectious Disease Centre, Saki Specialist Hospital, Agbami Chest Centre, Jericho Nursing Home, which this government either equipped or is currently upgrading.

Whether it is in the education sector, where Governor Makinde’s commitment to improving education has yielded a massive turnaround following the allocation of a large percentage of the State’s budget to education and the prompt payment of counterpart funds in SUBEB and the Sustainable Development Goals (SDGs) have ensured massive delivery of education infrastructure or in the security sector, where the governor is investing heavily with a view to improving the security in the state, there are unassailable shreds of evidence that prove the governor’s commitment to fulfilling his campaign promise.

Of course, it will be needless to talk about the administration’s commitment to the welfare of workers and the people of the state. The prompt payment of salaries and pensions as well as the payment of N13 Billion in gratuities by the Makinde government, in just two years, continues to cast a blight on the conscience of all APC members and those who served in the previous government and nearly killed off civil servants and pensioners with penury.

Today, one can say without being immodest that no upright person can fault Governor Makinde on workers’ welfare and continuous rejuvenation of the State’s economy as a result of the prompt payment of salaries and gratuities. But this kind of achievement cannot be commissioned! Sadly, a majority of the APC members in Oyo State do not appear to be upright, nor do they have a conscience, so it will be uncharitable for anyone to expect the truth from pitiable liars.

These naysayers have continued to live in fool’s paradise, pretending not to see the huge difference already made in the last two years by Makinde, hence the claim that the Makinde government has no project to commission. So, it is to these people that Davido’s ‘Fem’ would be most apt.

The endnote to the propaganda hawks in the APC and their sympathisers is that it is not every project or achievement that can be ‘commissioned.’ If the Oyo State government wants to commission all achievements it has recorded in two years, which have already bested the record of the APC in eight years; there are so many of them; including the approval of four years promotions for workers after the previous government looked the other way for too long. Yes, the governor would take the shine for cleaning the mess the previous government left in the area of payment of gratuities to pensioners, among many other intangible achievements that distinguish Makinde as humane and people-centred.

The truth is that Governor Makinde is not and will never be a showman; he is developing Oyo State and setting high standards for governance in the state and across the country and according to him, he cares less about the praises. Unlike the sycophancy-loving leaders the APC elements are used to, who do all things for the headlines and end up swindling the people of the State, Makinde is not swayed by the orgy to commission projects that will not last, like the Mokola Roundabout Flyover built by the previous government at a break-neck cost, which has failed to address traffic snarls or like the Isokun-Owode Road in Oyo or Takie-Federal Government College Road in Ogbomoso, which today are emblems of the shoddy road projects undertaken by the APC government from 2011 to 2019.


• Alao is the Special Assistant (Print Media) to Governor Makinde 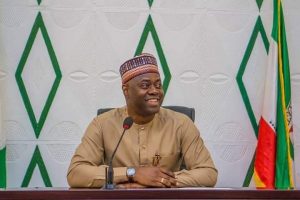 2nd Year In Office: The Gains, Uncanny Logic In Makinde’s Strides On Infrastructure 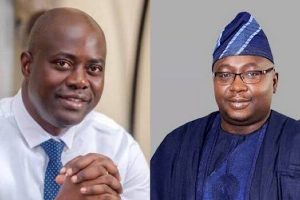 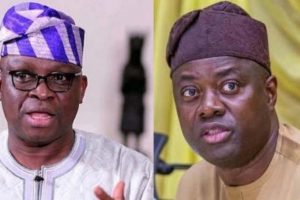 2nd Year In Office: The Gains, Uncanny Logic In Makinde’s Strides On Infrastructure

Two years on, Makinde remains a blessing to Oyo workers