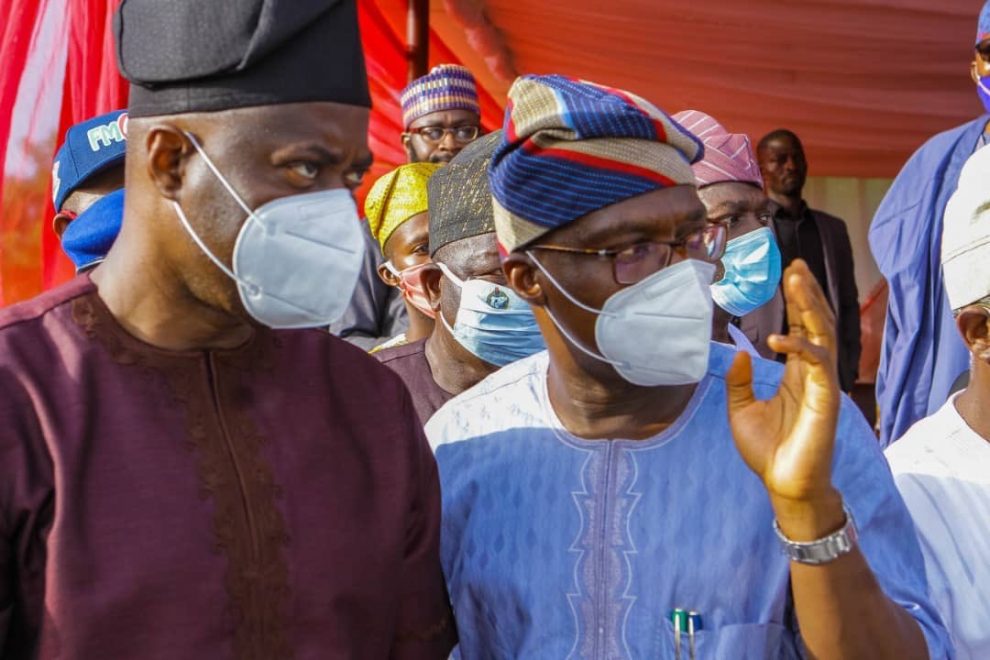 When the Oyo State Government distributed cassava seeds and other inputs as part of their COVID-19 intervention support plan, their action was mocked by some as being cheap and unimaginative. Some people could not understand why cassava stems were being used as input support.

However, what many did not realise is the level of strategy and planning that went into this decision. At the onset of the pandemic, the Oyo State COVID-19 Food System  MitigationStrategy Document had been created with input from 13 leading agribusiness experts. Using this document and consultations with farmers and other stakeholders, the Oyo State Government decided what inputs would form part of the support plan.

That decision and eventual distribution of inputs served as an eye opener for the authorities. As they discovered, Foundation Cassava Seeds were scarce in Oyo State. In fact, for that intervention to be successful, the contractors had to travel to Kwara State to buy the needed seeds.

“We immediately saw that there was a gap in our food system, especially in seed production. If we did not have the right seeds, then what would the farmers plant, and how would we increase productivity?” Dr Debo Akande, Director General of the Oyo State Agribusiness Development Agency (OYSADA) asked reflectively.

This gap, once identified, had to be plugged, and so the agribusiness agency swung into action. “We deployed resources to cultivate foundation seeds. We had land at the Fasola Agribusiness Industrial Hub and at the Oyo State-IITA Youth Agribusiness Incubation Park Centre at Awe, and we got 10 hectares for this pilot programme,” Dr Akande said.

READ  Security in Oyo State: What the Statistics Say

OYSADA worked with the International Institute of Tropical Agriculture (IITA), through the Building an Economically Sustainable and Integrated Cassava Seed System (BASICS-II) project and IITA GoSeed to establish a cassava seed farm.

The BASICS-II project was a channel for delivering better quality and more productive cassava varieties to farmers. Unlike the cassava stems that the farmers use locally, the foundation seeds are genetically superior and produce twice the yield of local varieties.

Also, because of the Six Steps to Cassava Weed Management toolkit deployed, farmers would spend less time weeding. “This was a big win for farmers in Oyo State,” Dr Akande added.

The evidence-based and proactive approach taken by the Oyo State Government through OYSADA has been commended by experts. Prof Lateef Sanni, Project Manager for BASICS-II lauded the collaboration with Oyo State, describing it as “innovative”.

Prof Sanni expressed his joy over the government’s plan to “make Oyo State the hub of improved cassava seeds in Nigeria, and…[take] leadership in this direction by investing in cassava seed system.” According to him, with this system in place, “the era of sharing free seeds that are often diseased to farmers is coming to an end.”

Dr Akande agrees. “It was a risk we took back then because the cassava planting season was almost over,” explained Dr Akande.  “We knew that getting the right seeds to our farmers was the first step towards achieving a level of food security in Oyo State. We needed the right type of seeds and the season was not altogether favourable, but we decided to take the leap based on available science and data, and we are the better for it now.”

Indeed, the “risk” has paid off. The seeds that were planted based on that intervention have borne fruit. And, the improved cassava stems are due for harvest within the next two months. Post-harvest, the improved seeds will be used in supporting new entrants  of the Youth Entrepreneurship  in Agribusiness Programme (YEAP) in establishing their cassava seed farms in Oyo State.

With the success of the 10-hectare pilot project, the authorities have decided to expand the project and increase the cultivated area of land to at least 60 hectares. “It is time to scale,” said Dr Akande. For this reason, training is underway for the selected youths through the collaboration with the GIZ/GIAE/IITA Cassava Maize Value Chain project and BASICS-II so they can grow foundation cassava seeds for distribution. “We are confident that this project will further deepen our interventions to ensure that we attain food security in Oyo State,” Dr Akande concluded.

Security in Oyo State: What the Statistics Say