Winning had nothing to do with my lineage, Alaafin’s daughter revealed

In an interview with a popular media outlet, one of Alaafin’s daughter, Princess Adedoja has debunked rumours and allegations of bias towards her at the just concluded Miss Oyo Pageant held at Jogor center, Ibadan.

The 24-year-old Princess who emerged winner in the contest said her father, Oba Adeyemi, was only aware she contested at the pageant after she had won, noting that she hid her identity as a princess of Oyo kingdom so as not to garner pity or pull any unnecessary bias.

Princess Adedoja who is the co-founder of two Non-governmental organisation; Adeyemi Sisters Special Foundation and Yoruba Tourism Forum where she is also the president, also hinted that her optimism about African culture and domestic tourism endeared her to run a blog where she showcases and promote African heritage.

Speaking about her formal education, she said she attended St. Francis Nursery and primary School, Oyo, for my elementary education and proceeded to EACOED Model High School, Oyo, for her secondary education. She got a Bachelor of Arts degree in History and International Studies from Osun State University, Osun State.

She further added that she is currently pursuing a Master’s degree in African and Diaspora Studies at the University of Lagos.

Talking about how she handles criticism, she said that she is aware that everybody has something to say and she is not ignorant of that.

The Princess said, “When I won, I saw a lot of insensitive comments. Some people asked, ‘What is beautiful about her’? Some said, ‘She won because she is the daughter of the Alaafin of Oyo’, and so on. However, I am not bothered. The judges did not know who I was and I did not know any of them. When I was in camp, I did not reveal my identity to anybody. This is the first time a princess would win the peagent after its 18 years of establishment.

I believe the pageant is very free and fair. One would win if one has what it takes to do so. I deserved to win because I am from Oyo State, and I’m also intelligent and beautiful. Winning had nothing to do with my lineag.”

The princess stated that being the daughter of a first-class king can open some doors but only character would keep those doors open.

She added that, “as a daughter to the Alaafin of Oyo, one has to work extra hard to maintain the standard with which the king (Alaafin) raised all his children. Often times, people think one does not deserve what one gets or works hard for, just because one is a princess, and that is very sad.” 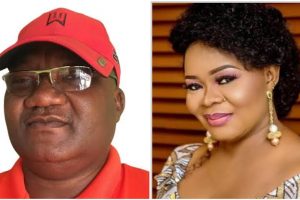 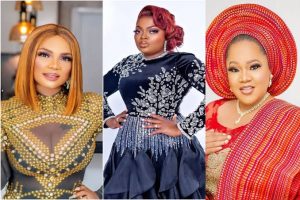